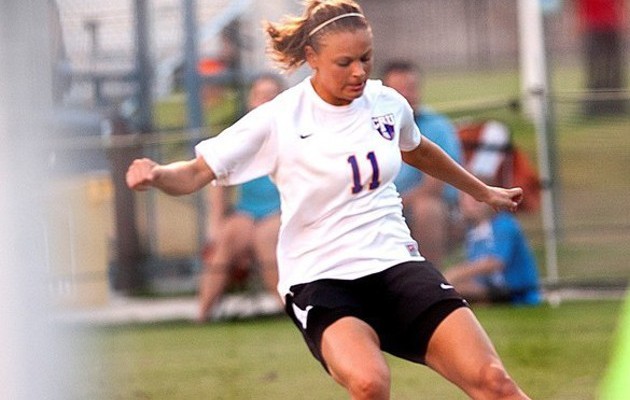 RICHARDSON, TX – The University of Mary Hardin-Baylor women’s soccer team earned a 1-0 victory over UT-Dallas Thursday afternoon in Richardson. The win improved the Cru to 10-2 on the season and 4-2 in American Southwest Conference action. The Comets fell to 6-8 overall and 4-2 in conference play.

UMHB’s Jessie Simmonds broke free from a crowd in front of the UTD goal in the final minute of play, and redirected a crossing pass from Kathryn Parker into the net to tally the only goal of the contest. The Cru outshot the Comets 11-8 in the match, shooting nine times in the second half compared to the Comets’ four. Parker and Briana Hester led the Cru with three shots, while Allison Porter added two. Courtney Craig played the entire game in the net for UMHB, recording four saves. UMHB took five corner kicks in the match compared to UTD’s eight.