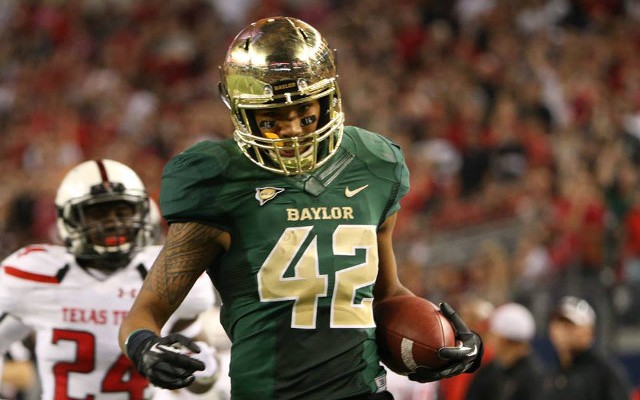 As he did in 2013, Norwood will be counted on to start at inside receiver and serve as the Bears’ punt returner. The Midway (Texas) High School product boasts a team-high 39 career games played and 13 career starts. Norwood currently owns a 27-game reception streak and six-game TD streak heading into 2014.

Last season, Norwood earned All-Big 12 honorable mention honors as both a receiver and returner, as well as second-team All-Big 12 recognition by the San Antonio Express News as an “all-purpose” player.

Norwood, the son of Baylor associate head coach Brian Norwood, graduated in May 2014 with degree in public relations.

Norwood is one five players from the Big 12 Conference on the list.

In its fifth-season, the Hornung Award, is named for the 1956 Heisman Trophy Winner Paul Hornung of Notre Dame. Hornung went on to become a member of the College and Pro Football Hall of Fames.

To be eligible for the Paul Hornung Award presented by Texas Roadhouse, a candidate must be in good standing and eligible on his team, eligible with the NCAA and play significant time during most or all of the season. In addition to starting or playing significant downs on offense or defense, candidates will be measured by performance from among one or more of the following: play multiple positions on offense and/or multiple positions on defense

Play a significant role on special teams
Perform as a two-way player who starts either on offense or defense, and is used on the other side of the ball in some impactful capacity
Demonstrate an extreme, high-level of versatility at one position on a regular basis over the course of the season
Make a significant impact during big games and elevate the team’s performance through leadership displayed by excelling in multiple roles
The finalists for the award will be announced in late November with the winner being announced in early December.