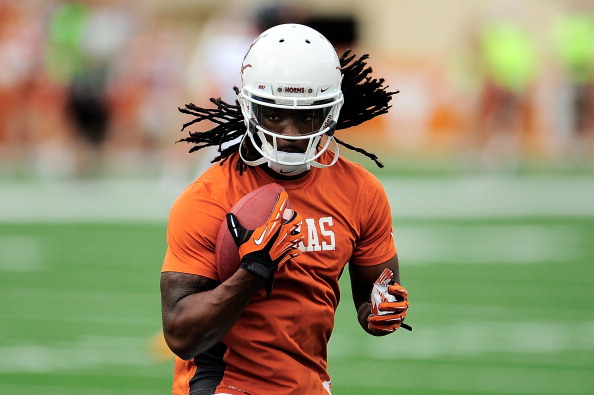 AUSTIN – University of Texas football players Jalen Overstreet and Chevoski Collins have been dismissed from the team due to a violation of team rules, Orangebloods.com reports.

According to a source close to the situation, this was not the first time the two have violated the same rule. The source stated that Collins and Overstreet were two of the four players Texas head coach Charlie Strong banned from Moncrief prior to the most recent violation.

Strong has made it clear that he means business when it comes to breaking his core values, which are honesty, treat women with respect, no drugs, no stealing and no weapons. This is just another instance of his no-nonsense approach to discipline.

According to the source, players may have the option to file an appeal with the university, which would take 10 days to process.

A University of Texas spokesperson declined to confirm or deny the report and both players are still listed on the Texas roster.

Overstreet, a sophomore running back, saw playing time in nine games last season as a backup and rushed 20 times for 102 yards and two touchdowns. Defensivie back Collins redshirted in 2013.