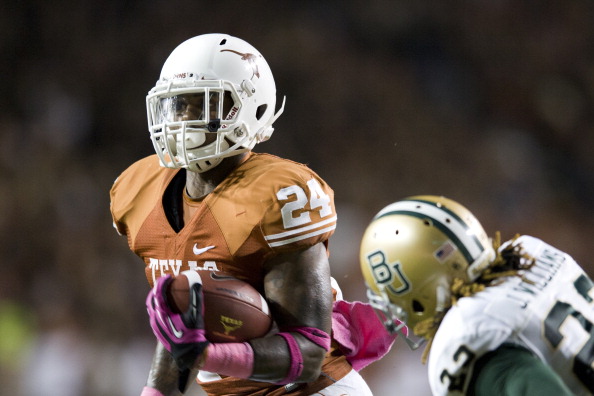 AUSTIN – The University of Texas football program has dismissed senior running back Joe Bergeron on Friday, according to reports. Bergeron is the third player to be dismissed from the program this week.

Longhorns coach Charlie Strong also dismissed running back Jalen Overstreet and safety Chevoski Collins on Thursday for violation of team rules. Kendall Sanders and Montrel Meander were indefinitely suspended after they were charged with sexual assault on Thursday.

As a junior last year, Bergeron rushed 73 times for 362 yards. He rushed for 1,392 yards and 25 touchdowns in three years, plus added 200 receiving yards.

Texas is now left with Malcolm Brown and Johnathan Gray as its two veteran running backs on the roster.