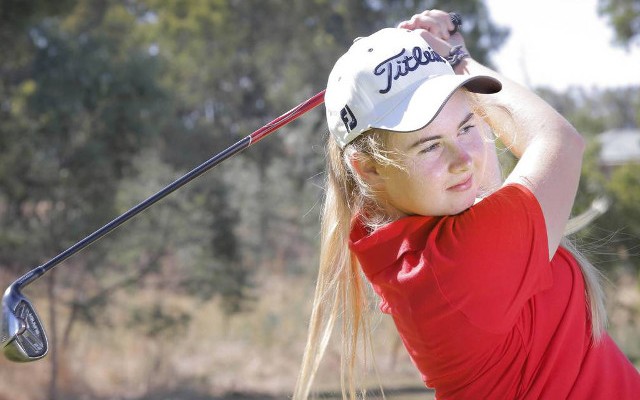 Wild made herself known at the Concho River Classic as well as to the rest of the Lone Star Conference as the new addition to Tarleton State guided the TexAnns to a second-place finish in San Angelo and finished in a tie for the top individual score in her collegiate debut.

She shot the lowest round of the entire tournament in her first day on the course with a 70 to lead the pack at two-under after Monday’s round.

In the first round, Wild recorded two birdies and shot par on every other hole. She came back to shoot a 75, which was tied for the second-lowest score among all competitors, in the second round to finish at the top of the leader board with a 145 for the tournament. She tied with her TexAnn teammate and the two-time LSC Player of the Year, Isabel Jimenez-Perez.

Wild is the fourth Tarleton student-athlete to win a player of the week award in the last two weeks, joining football quarterback Collin Strahan and volleyball’s Hailey Roberts and Kenya Alexander.

The TexAnn golf team will hit the links on Oct. 4-5 at the Golfweek Fall Invitational at Crosswater Golf Club in Sunriver, Oregon.