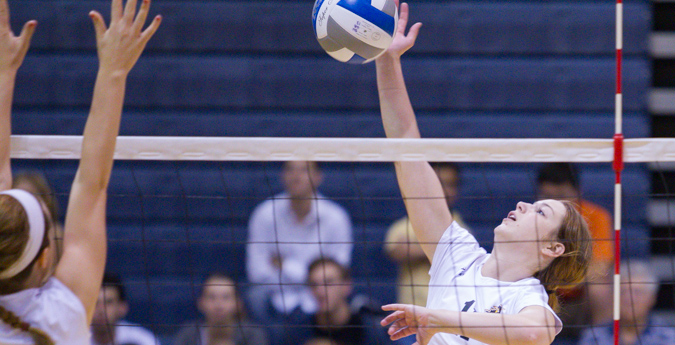 Southwestern was firing on all cylinders, particularly defensively, in their first match of the day against Austin College. The Pirates held the ‘Roos to .070 kill percentage for the match and had 57 digs and five blocks.

In match two, the Pirates started out strong and just got stronger as the match progressed. Southwestern posted a .209 attack percentage to win 25-17, .306 kill percentage in the second set to win 25-11 and matched the point spread in the third set with a remarkable .464 attack percentage.

Southwestern improves to 13-6 on the year and 6-1 in the SCAC after the weekend sweep. They return home for non-conference action this coming weekend. Southwestern is scheduled to play against Elmhurst at 11 am on Saturday and Hardin Simmons at 4 pm.