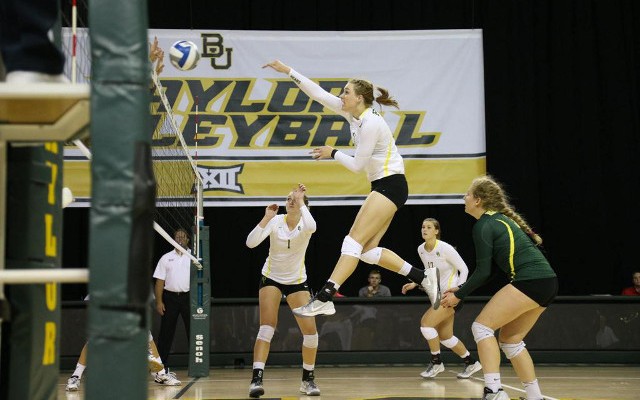 “We lost focus and that’s what we talked about,” Baylor head coach Jim Barnes said. “We were in that moment we didn’t have the killer instinct in us to put it away. We were letting balls drop around us because we think we have got the lead.”

Baylor’s Andie Malloy posted a career-high 22 kills in the loss while Sam Hill tied career highs in both kills (11) and blocks (8) in the losing effort. Baylor hit .140 overall, but combined to hit .029 in the final two sets.

Texas Tech’s Jenna Allen led the Red Raiders with 15 kills and TTU had three players with double-figures offensively. The Red Raiders also snapped a four-match losing skid to the Bears.

Baylor returns to the road to face TCU at 11 a.m. Saturday in Fort Worth in Big 12 competition.