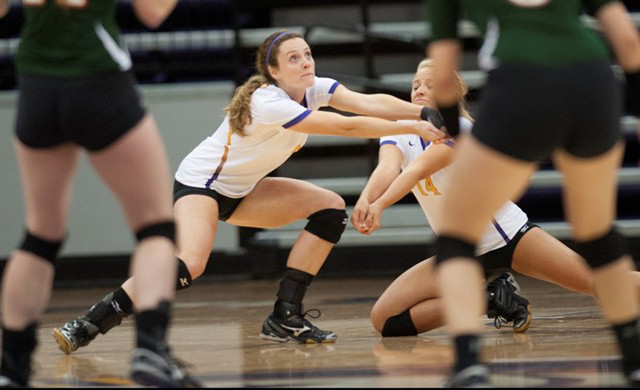 BELTON – University of Mary Hardin-Baylor volleyball player Kendall Pye has been named the Co-Offensive Player of the Week for the week ending October 20th.

Pye, a junior from College Station, Texas (A&M Consolidated H.S.), helped the Cru to a 2-0 week in conference play with wins over Howard Payne and Concordia Texas last week. Against the Yellow Jackets, Pye went 5-2-14 for a .214 hitting percentage. She followed that with a 10-0-16 performance against Concordia Texas, hitting .625 with no attack errors. Pye added a combined 31 assists, 21 digs and four blocks in the matches, totaling 15 kills with just two errors on 30 total attacks. She ended the week with 17.5 total points for the Cru.

UMHB is 18-4 on the season with a 10-1 conference record. The Cru returns to action tonight in a 6 p.m. match at Hardin-Simmons University in Abilene.