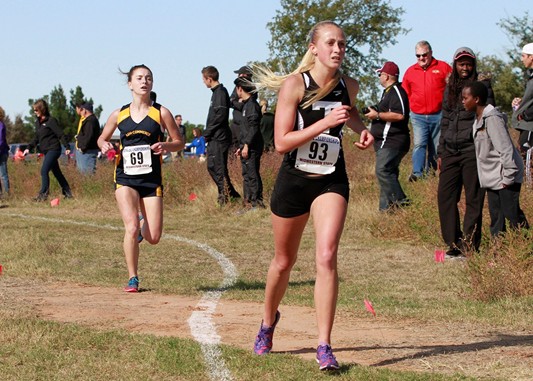 For the Texans, it was Dylan Willett again leading the way with a sixth-place finish in the men’s 8K running 25:52.9. Willett, who came into the meet with three top-three finishes and a win at the ASU Blue & Gold Classic, posted his best finish at the LSC championships besting his 13th-place finish at last years championships en route to earning all-LSC status.

“I’m proud of how the men raced today, we still have to learn to race in big meets and compete, but I am happy with the effort I saw today,” said head cross country coach Pat Ponder.

Marquez, Dennard, Beesley and Dush, all freshmen, competed in the Lone Star Championships for their first time Saturday.

“Four of our women competed at the LSC championships for the first time in their careers and they did a good job of stepping up to the challenge,” said Ponder. “We knew coming in it was going to be a challenge but these women stepped in and got after it, that’s all you can ask for as a coach”

Following the championships Dylan Willett, Dallas Rushing and Tylo Farrar were named All-LSC for their performances.

“It is an honor to be named All-LSC,” said Pat Ponder. “They work hard everyday and I couldn’t be more proud of them. We’ll look at the results, regroup and move on from here.”