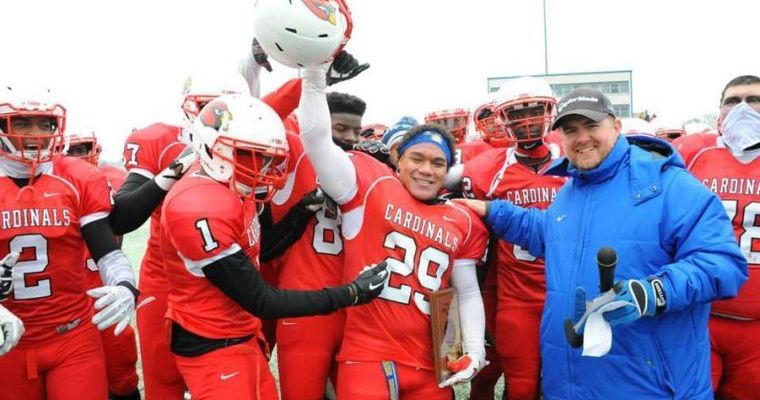 COPPERAS COVE – For the 14th-straight year, Copperas Cove, Texas will play host to one of the biggest college football showcases in America!

The 2014 C.H.A.M.P.S. Heart of Texas Bowl is set for Saturday, Dec. 6, at Bulldawg Stadium in Copperas Cove, featuring not one, but two college games in a day-night doubleheader.

“We are looking forward to playing in the Heart of Texas Bowl again,” said TVCC athletic director/head football coach Brad Smiley, who was the SWJCFC Coach of the Year for a second straight year. “Last year was a great experience in Copperas Cove and we are excited to play a highly-ranked and very good Coffeyville team there this year.”

Like last season, the Heart of Texas Bowl has an agreement with the Lone Star Conference and in the night game at 6 p.m., NCAA-Division II takes the spotlight, with a match-up pitting the Texas A&M-Commerce Lions and the East Central University Tigers from of the Great American Conference.

“We are excited to accept the invitation in the Heart of Texas Bowl.  They do a great job with the bowl and it is for a worthy cause,” A&M-Commerce head coach Colby Carthel said.  “It means a lot for our seniors to be able to play in one more game and to be in the postseason for the second consecutive season.  Hopefully, we can end it with a win.”

During C.H.A.M.P.S. Heart of Texas Bowl weekend, the event makes a major economic impact on the area, filling all available hotel rooms in the city, with overflow reaching to Killeen and Lampasas.

“It does have quite an impact,” said HOT Bowl committee member Sherry Hoffpauir. “You figure that each person who comes to the game will spend $100-$200 per day. Base that on a round figure of 5,000 fans and the city could realize as much as $100,000.”

There’s much more to the Heart of Texas Bowl than just clanging cash registers, though.

“This is a way we give back to the community,” said Copperas Cove Independent School District Head Football Coach and Athletic Director Jack Welch, who founded the game in 2001. “It’s a chance for local folks to come out and enjoy a full day of some of the best college football anywhere. Many of the players you’ll see in the junior college game will be playing at the highest levels of college football in the near future and the NCAA Division II teams are right there. We’re proud to be able to do this.”

The C.H.A.M.P.S. Heart of Texas Bowl is named after a program which is a part of America’s Drug Free Productions, a 501c3 organization founded by Welch. C.H.A.M.P.S. (Communities Helping Americans Mature, Progress and Succeed) is open to any CCISD student who pledges to live an alcohol and drug-free lifestyle. The group takes part in many activities, such as fishing, hunting with cameras, horseback riding, video game tournaments and many more, plus members are involved in community service projects.