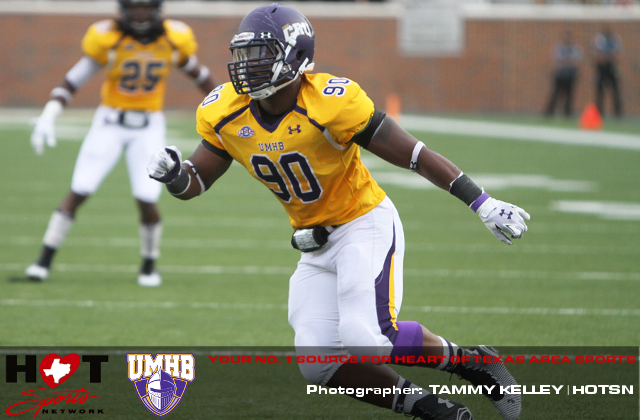 Defensive end Teidrick Smith and Cru Back Eric Allen were both selected to the D3football.com All-South Region First Team defense. Smith, a sophomore from Hallettsville High School, led UMHB with 9.0 sacks and 14.5 tackles for loss. He added 47 total tackles, nine pass breakups, two fumble recoveries and returned an interception 36 yards for a touchdown. Allen, a senior from San Antonio Stevens High School, topped the Cru with 77 total tackles, intercepted three passes and broke up 11 others. He returned one of those interceptions a school-record 100 yards for a touchdown and also added a punt return for a touchdown on the season.

Linebacker Deshon Kinsey was named to the All-South Region Second Team defense. Kinsey, a senior from Mart High School, recorded 55 total tackles, 9.5 tackles for loss and three forced fumbles despite missing three full games and most of another with an injury.

Tight end Eric Nelson and offensive tackle Jose Ostos were both chosen to the All-South Region Third Team offense. Nelson, a senior from Canyon Lake High School, caught 28 passes for 569 yards and six touchdowns on the season. Ostos, a senior from El Paso Del Valle High School, was the highest-grading offensive lineman for the Cru this season. He helped clear the way for a UMHB rushing attack that averaged 234.7 yards per game and 5.0 yards per carry. The Cru averaged 52.4 points per game and 470.8 yards of total offense per contest on the season.

UMHB finished the 2014 season with an 11-1 overall record. The Cru went 5-0 in American Southwest Conference play and won the ASC title for the 12th time in school history. UMHB advanced to the Second Round of the NCAA Division III National Championships this year.