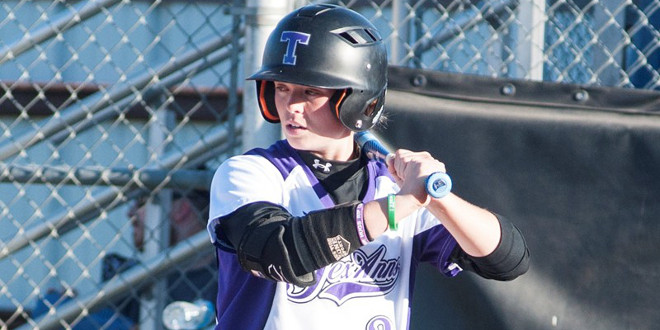 STEPHENVILLE – Katelyn Conlee had a hand in both Tarleton runs while Alyssa Ringhausen and Haley Freyman kept Northwestern Oklahoma in check Monday for a 2-1 Tarleton win to match the best seven-game start since 2007.

This marks the fifth time in school history Tarleton State has opened a season with six wins in the first seven games and the first time in the last seven seasons.

Alyssa Ringhausen earned the start for the TexAnns just two days removed from her first career performance for the purple and white, in which she threw a complete-game, two-hit shutout against Northeastern State.

Her success continued early against the Rangers with help from the TexAnn defense.

A leadoff single was quickly erased by the right arm of freshman catcher, Nyka Wood, who gunned down the first out of the game attempting to swipe second. She threw out another in the second to put an end to the Ranger running game.

Meanwhile, the Tarleton State offense got the first run on the board in the opening frame whenLauren Powers reached on an infield single and stole second base to set up an RBI opportunity for the Lone Star Conference RBI leader, Conlee.

The junior southpaw from Stephenville wasted no time getting Tarleton on the board with an RBI double off the centerfield wall to plate Powers and give the TexAnns an early 1-0 lead.

Ringhausen hit a small speed bump in the third when three singles into left field turned into the tying run, but the TexAnn hurler stopped the bleeding with a swinging strikeout to keep the game knotted at 1-1. The game stayed even, despite a fourth-inning threat from the Rangers that chased Ringhausen after three innings of work, when Freyman got three straight ground balls to keep Northwestern off the board and escape the two-on, no-out jam.

Conlee and Kady Crow sparked the offense in the bottom of the fifth when Conlee ripped a two-out double off the left field wall and Crow singled her home for the go-ahead run to make it 2-1 after five.

Freyman allowed just two walks over the next two innings en route to sending Tarleton to its sixth win of the season.

Conlee went 3-3 at the dish with two doubles, a single, an RBI and a run scored while Crow was 2-3 with an RBI. Powers, Savannah Stech and Nyka Wood accounted for the rest of Tarleton’s eight hits.

Freyman earned her fourth win of the young season with four innings of one-hit, shutout relief with two walks and two strikeouts. Ringhausen pitched the first three innings, allowing one run on nine hits with no walks and a strikeout.

Tarleton will return to action this weekend in Canyon when the TexAnns open the West Texas A&M Woodward Invitational against Chadron State Friday at 11:30 a.m.