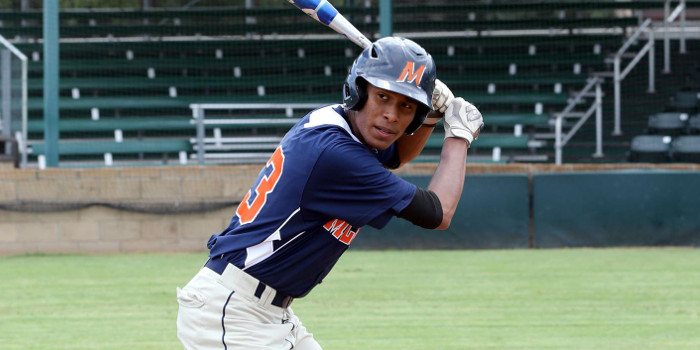 LUBBOCK – The McLennan Highlanders defeated the 12th-ranked Howard Hawks 6-3 Friday afternoon on the opening day of the Region V Baseball Tournament in Lubbock.

Jack Finnegan picked up the complete-game win for the Highlanders on the mound, recording 12 strikeouts.

McLennan began the scoring with one run in the top of the first. Kirby McGuire and Dimas Ojeda drew back-to-back walks. Brandon Grudzielanek followed with a single, scoring McGuire.

Howard tied the game with a run in the bottom of the first as James Davidson singled, moved to second on a wild pitch and scored on a single by Matthew Holcombe.

The Highlanders took the lead with a run in the top of the fourth as Noah McGowan’s fly to right field was mishandled and he came all the way around to score.

McLennan added another run in the fifth. Grudzielanek drew a walk and Tucker Johnson singled. Braxton Wilks drew a walk to load the bases. McGowan was then hit by the pitch, bringing Grudzielanek in to score.

The Highlanders increased the led with two runs in the eighth. Ojeda singled and Grudzielanek drew a walk. Johnson followed with a single to score Ojeda. James Rudkin then doubled to score Grudzielanek.

Skyler Bean’s solo home run for Howard in the bottom of the eighth cut the lead to three, 5-2.

McLennan’s final run came in the top of the ninth as Mason George singled, stole second and scored on a single by Ojeda.

Howard rounded out the scoring with Matthew Holcombe home run in the bottom of the ninth.

“Today’s win was all about Finnegan taking the mound and competing his tail off,” coach Mitch Thompson said. “He was a true warrior against an unbelievably talented offensive opponent.

“I would venture to say that Howard may have hit more home runs as a team than any other  junior college or four-year school in America. They are extremely strong and can really hit.

“For Jack to throw a complete game, give up only three runs, and strike out 12 batters while outlasting a one hour rain delay, tells you how very good he was today. I can honestly say that I will remember this performance 20 years from now. It was that good.

“We had opportunities throughout the game to really bust the game open offensively, but couldn’t get the big hit. It was difficult on our hitters with Howard throwing nine different pitchers. Our guys never had two at bats against the same guy, so that contributed to us leaving so many guys on base. Thankfully though, we did get six guys to cross home plate and that was all we needed.

“We are excited to play in the winners bracket tomorrow against New Mexico and know that they will provide us with a tremendous challenge.”

The Highlanders will face New Mexico at 5 p.m. tomorrow.